One Entrepreneur's Mission to Advance Social Impact Through Program-Related Investments 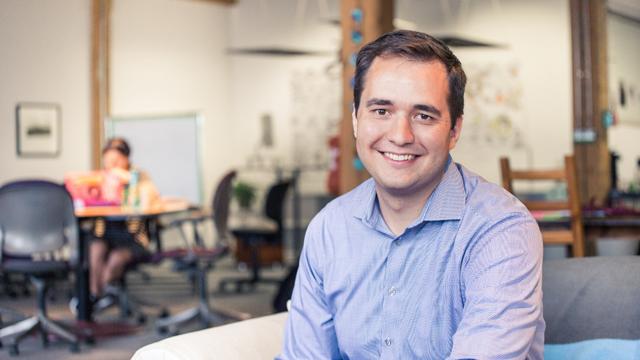 As a self-described “experiential learner,” Jeff Ochs says he learns best by doing—applying himself to new tasks and gaining expertise as he goes. His method is working.

Today, after a string of entrepreneurial successes, Jeff is the Founding CEO of Minneapolis-based Venn Foundation, a nonprofit public charity on a mission to unleash the full power of a unique, but underused, philanthropic tool called program-related investments (PRIs). PRIs are below-market rate investments in nonprofit and for-profit enterprises that seek to generate both social impact and financial returns.

Reflecting back, Jeff believes his early learning experiences have paved the way to where he is now.

Raised in Minneapolis, Jeff was highly studious and passionate about school. He was also active in his church and school communities, enjoying extra-curricular activities like Boy Scouts, skiing, choir and theater.

“Watching my parents be great leaders—most of the time in a volunteer capacity—really set the tone for my career pathway,” he said. “I learned a lot from watching them plan, fundraise and motivate people to support things they believed were important. They were great role models for my eventual work in the social impact space.”

After graduating high school as Valedictorian, Jeff attended University of Minnesota and earned a Bachelor’s degree in History with a minor in French. He also gained firsthand experience leading a nonprofit organization. During his senior year, he founded and directed Breakthrough Twin Cities, a nonprofit college access and teacher training program that runs solely on contributions. For the next several years, Jeff grew the program from a startup staff of one into an organization of more than 30 employees, with more than 200 enrolled students and a $700,000 annual operating budget.

“One of the things I learned from my time at Breakthrough Twin Cities is that revenue models—especially those in the nonprofit sector that are dependent on contributions—are hard to sustain and scale, because they constantly need generous donors to subsidize the activity and the activity itself is not earning revenue,” he explained.

While Jeff’s efforts at Breakthrough Twin Cities were successful, he needed time to reenergize. Jeff moved to Beijing and taught English for two years at Tsinghua University. While in China, he invented a hit educational party game called “Snake Oil,” which later won the prestigious Mensa Select award and was licensed by Hasbro. Mensa Select is an annual award given by American Mensa (an international high IQ society) to five board games that are considered original, challenging and well designed.

When Jeff returned to the states to earn his MBA and Masters of Public Policy at University of Minnesota, his career direction came into sharp focus.

“I became intrigued by how capital operates today and was motivated to figure out how the same engine of capitalism could be used more intentionally for social impact,” said Ochs. “During my dual-degree graduate work, I got very active in social enterprise as a concept. That’s also where I became captivated by PRIs, which fund social enterprises, but nobody was doing them. I decided to build a career path based on these ideas.”

To strengthen his skillset, Jeff decided to work in roles that helped him become more fluent in the tools and networks of investing. He served as the Executive Director of an angel investor network, Gopher Angels; managed the University of Minnesota’s Discovery Capital program; and on the side, consulted for foundations making PRIs into social enterprises.

“Once we started doing those innovative PRI pilots, I realized there was a real need for an organization that could systemize and mainstream that tool,” said Jeff who then went on to start Venn Foundation in 2016 as a result. As a specialized donor-advised fund (DAF), Venn Foundation helps philanthropists of all types use their grant dollars to make PRIs.

Six months after it was created, Venn Foundation entered the Minnesota Cup, a statewide entrepreneurial competition, and placed as a winner in the Impact Venture Division, receiving a $30,000 grant to continue building on its mission.

“I like to call PRIs the ‘Starship Enterprise’ of capital because they can go where no other capital has gone before,” said Jeff. “As long as the investment is advancing the organization’s charitable mission and is made on below-market financial terms, the possibilities for PRIs are endless.”

For ECMC Foundation, PRIs complement their traditional grant-making strategy, unlocking a wider spectrum of tools, including grants, loans, deposits, equity and guarantees, among others.

This year, ECMC Foundation plans to support one Venn Foundation PRI to TeachersConnect, a free, online network that provides new K-12 teachers a safe place to ask their most urgent questions and get answers from a trusted network of peers, mentors and experts who understand the real-world classroom challenges.

TeachersConnect is designed to reduce new teacher turnover and the negative impacts that turnover has on both district budgets and educational outcomes.

To encourage additional support from other donors, ECMC Foundation pledged a dollar-for-dollar match up to $100,000 for this PRI.

“Working with an anchor partner like ECMC Foundation—especially using creative tools like the matching PRI—is really important because it’s giving this model credibility, it’s showing ECMC Foundation is leading by example, and it’s inviting other donors to get involved,” said Jeff. “I’m excited about building on our momentum and getting more entities involved in the power of social impact investing through PRIs.”