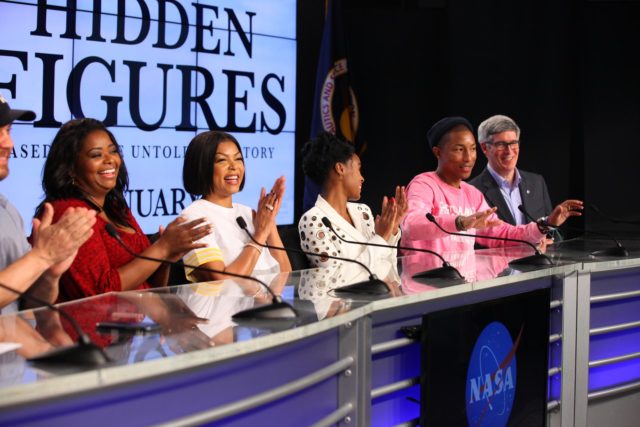 The following article was written by Zenith President and CEO Peter Taylor for the Detroit News. In addition to his role at Zenith Education Group, Taylor is the President of ECMC Foundation.

While the highly praised film "Hidden Figures" did not have the evening many expected at the Oscars, the true disappointment would be if conversation now ceased around its many important lessons.

The film documents the true story of three African American women struggling to combat racial and gender inequality at NASA in the '60s. Beyond the lessons from the stunning achievement of these women at a time of great national divide, a much less discussed strength of the movie can be attributed to the broader lessons it highlights about workforce education in our country.

Consider the story of Octavia Spencer's character in the film, Dorothy Vaughan. Vaughan is the self-appointed supervisor of the African American computing division of NASA – a division responsible for calculations needed to launch Americans into space. Vaughan observes the growing role of computers at NASA, recognizing that with their ability to quickly process calculations, she and her division colleagues may soon find themselves out of jobs.

Vaughan takes it upon herself to learn IBM coding, preparing herself for the industry's future and training others in the computing division to do the same. Her forward thinking not only helped process thousands of calculations at NASA in the heat of the space race, but also helped provide job security to her female colleagues via her self-made retraining program.

Vaughan's story is one we've seen time and again in our rapidly-evolving, technological workplace: "adapt or perish."

And while her story is one of success – driving adaptation for herself and her peers – the challenge is how to foster the same kind of retraining and lifelong learning on a larger scale in businesses and classrooms around the U.S.

According to a 2016 Pew Research survey, more than a third of American workers say "they do not currently have the education and training they need to get ahead." The same survey found 54 percent of American adults in the labor market say it will be "essential" to receive "training and develop new skills" throughout their working life. This is only underscored by research from the Massachusetts Institute of Technology that found that between 2007 and 2015, job openings for unskilled, routine work suffered a 55 percent decline relative to other jobs.

These numbers highlight the importance of establishing a framework for "intellectual infrastructure" in our country. We must ensure businesses are able to hire students with the skills necessary to hit the ground running and also establish an easy and affordable way to encourage lifelong learning through retraining programs.

For generations, the default option for workforce training in our country has been a four-year degree. But research tells us these options aren't working as intended. Our nation can make strides to improve this outlook by removing the stigma associated with a frequently overlooked sector of our nation's educational offerings: career and vocational training.

Such training is an important – and too often undervalued – option for lifelong learning. We need to dismiss the notion that career education is somehow a second-rate alternative to a four-year degree and instead underscore the financial and educational value and adaptability of a degree that combines hands-on training with critical thinking and analytical skills.

To be sure, it will take long-term investment to help career education play the role we need it to in creating a pipeline of skilled, U.S.-based workers for industries with workforce shortages and well-paying, long-term jobs.

But investing in a framework that brings business leaders, policy makers and career educators to the table will also help lay the groundwork for conversations to plan for future industry trends, prevent potential skills gaps and create paths for retraining workers in industries ripe for disruption.

Ultimately, we need a system of career education in our country to help scale up the role that Vaughan played at NASA. Done right, career education can be flexible enough to anticipate and accommodate graduates returning throughout their careers to burnish and expand their professional skill sets, allowing more Americans to succeed in a 21st century economy.

That's a goal that merits further buzz – and our focused attention.