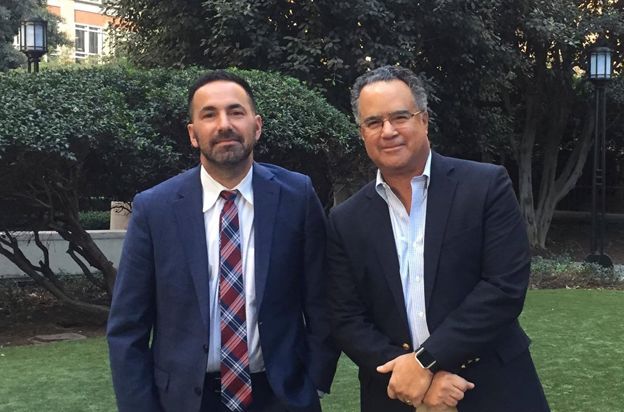 December in Los Angeles can be pretty unpredictable. Angelinos may be basking under the usual California sunshine one day and scrambling for their sweaters the next.

Besides the weather, an unexpected partnership between two unlikely forces emerged during the holiday season two years ago. Peter Taylor, head of ECMC Foundation, then a newly-formed philanthropic organization in downtown Los Angeles got a call from his friend and colleague, John Kobara from the California Community Foundation, who had recently learned of a new organization that might fit ECMC Foundation's's funding priorities.

Kobara recommended Taylor reach out to Scott Budnick, the former Hollywood film producer of "The Hangover" movies, among other films, who had recently left his career in the entertainment industry to start the Anti- Recidivism Coalition (ARC). ARC is an organization that provides reentry support services for formerly incarcerated individuals and advocates for public policies that help this population return successfully to their communities.

The Foundation team had just devised and completed the strategic vision for the grantmaking portfolios, one of which included investments in postsecondary educational opportunities for currently and formerly incarcerated adults.

For individuals coming home from incarceration, securing employment post-release is a critical factor for successful reintegration back into their communities. Unfortunately, many individuals in this population lack necessary skills and knowledge to secure family-sustaining jobs. In fact, only 11 percent and 24 percent of incarcerated individuals in state and in federal corrections systems, respectively, have completed at least some type of postsecondary education.

Budnick had an innovative idea to launch a career training program for formerly incarcerated individuals, but was finding it difficult to secure funding. Taylor agreed to meet Budnick, noting the intentionality behind the word "innovation" in the Foundation's mission statement and his belief that it is important for philanthropy to take risks on new ideas.

The connection made in December 2015 proved to be a match-made in the City of Angels. 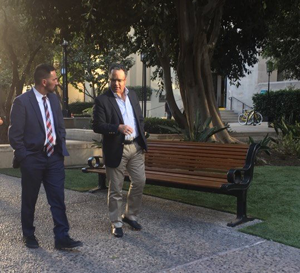 After learning about the Second Chance Union Training Program, Taylor and the Foundation team agreed to accept a proposal to support the new model and ultimately funded the program in 2016. Comprehensive and lasting 12 weeks, the pre-apprenticeship program combines career and technical training with supportive services to prepare participants for guaranteed paid apprenticeships in the construction and building trades.

"The program came with a risk: it had never been done before; but from the onset, I wanted ECMC Foundation to take on investments that could disrupt the industry. We're the type of organization that is willing to take bets." said Taylor. "The Anti-Recidivism Coalition's the pre-apprenticeship program was a great opportunity to fund an innovative idea and help a marginalized population."

"The concept of the pre-apprenticeship program made perfect sense for everyone involved, but many funders were risk-adverse. I am deeply grateful ARC had the opportunity to connect with a forward-thinking organization willing to support opportunities that venture outside the box," Budnick said.

In early 2016, Budnick and Taylor shook hands on the deal. Two men from two vastly different industries — Hollywood and higher education — found a common mission and purpose: improving educational and career outcomes for an underserved population.