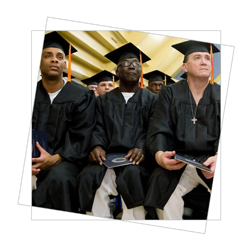 Postsecondary education in prison has been shown to contribute to successful reentry for people who shave been incarcerated, while promoting public safety. The Second Chance Pell (SCP) Experimental Sites Initiative, launched by the U.S. Department of Education in 2015, provides need-based Pell grants to people in state and federal prisons through partnerships with 65 colleges in 27 states. The Vera Institute of Justice (Vera) is providing technical assistance to the participating colleges and corrections departments, helping to ensure that these programs are providing quality higher education both in prison and post release. This fact sheet outlines the outcomes through fall 2017—both in expanding enrollment, course offerings, and degrees awarded—as a result of the initiative.

Colleges participating in SCP are offering a growing variety of certificates and degree-granting programs to an increasing number of incarcerated students, leading to 954 credentials issued since the start of the initiative.

Incarcerated people who participate in prison education programs are 43% less likely to recidivate than those who do not.

This research project was supported by ECMC Foundation.