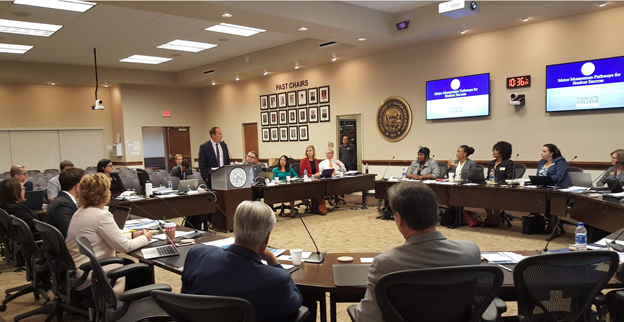 Complete College America (CCA) was established in 2009 to address systemic hurdles that lead to low postsecondary degree attainment rates among low-income, underserved students. As a membership organization, CCA includes an alliance of metro regions, systems, institutional consortia and partner organizations across more than 40 states. CCA aims to increase the number of students with postsecondary degrees and to close the degree attainment gap for students from traditionally underrepresented backgrounds. To rally rapid response in higher education, CCA focuses on testing innovative strategies, evaluating for positive impact and spreading those proven methods.

How It All Began

During the Houston pilot, CCA collected data on performance metrics correlated with college completion and after studying the data, identified several key strategies, known as "Game Changer Strategies" that consistently led to dramatic improvements in college completion. These strategies include the incorporation of co-requisite academic support, recommendation that all students take at least 15credits per semester to ensure an on-time graduation, adoption of proactive advising and inclusion of an onboarding process during the first year of college called the momentum year.

Initially, CCA treated these five strategies as distinct options. Some alliance members were satisfied with only implementing one or two while others tried to do all five simultaneously.

After studying the results of a variety of approaches, CCA learned there was an optimal order to implementing the strategies and saw the need to develop a streamlined process for campus leaders. These learnings led to a new implementation approach—a single, cohesive model called Metro Momentum Pathways.

"We realized by implementing our strategies together the collective impact will help students hit what we call momentum metrics, which can lead them to success," said Bruce Vandal, senior vice president of CCA.

The Metro Momentum Pathways model is built on success metrics and CCA is continuously collecting data that captures student progress, such as the number of credits earned each year, overall credit accumulation, and whether students are passing college-level English and math courses. Data is then disaggregated by race and ethnicity, income, gender, age and remedial status, among other metrics. The built-in success checkpoints ensure that recent efforts are achieving the intended results and allows project teams to see the impact of their efforts within months. 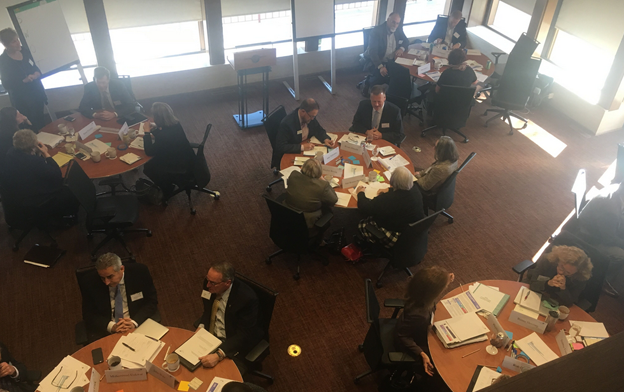 From Pilot Program to Expansion

CCA’s Metro Momentum Pathways approach launched its pilot site in Houston in 2016. They worked with leaders from nine postsecondary education institutions, including community colleges and four-year institutions, and quickly found success. Of the original students who started at the University of Houston (UH) in the 2014 cohort, more than 50% have already graduated or are on track to graduate in four years.

Through a request for proposal process, CCA prioritized the selection of sites with the most committed leaders, highest number of Pell Grant recipients and students of color, and lowest completion rates.

"We had to be confident that our selected sites could replicate our model, while also offering student diversity and the right level of buy-in from leadership," said Sarah Ancel, senior vice president of CCA.

CCA will collaborate with two- and four-year institutions in the selected metro areas. Over the three-year grant period, they will collect specific baseline, progress and outcome metrics to scale to additional future sites.

"Eventually we hope to bring this model to five new sites per year," added Sarah. "We want to dramatically increase college completion and close equity gaps. That’s our mission. We truly care about those student outcomes."