A Millennial Funder in Old-School Philanthropy 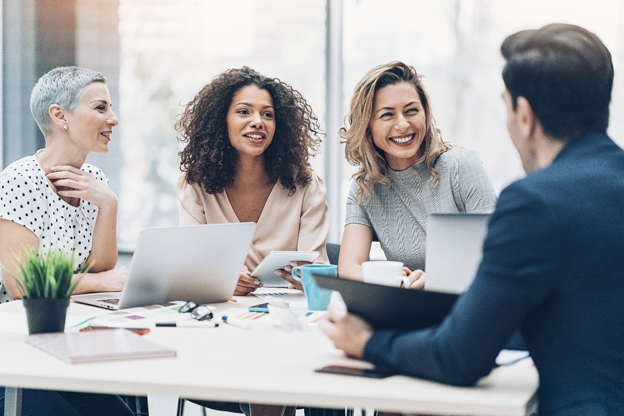 When ECMC Foundation (ECMCF) first brought me on almost three years ago, I wasn't yet old enough to rent a car for an upcoming site visit. We were in the early stages of our staff growth and I was officially the youngest person in the office. I did the math—indeed, I was half a standard deviation younger than the average age among my fellow staff members. Only my immediate program director – a Millennial from the 80s – helped skew the average away from making me a full standard deviant.

But within a couple months, we weren't the #LoneMillennials anymore. As our foundation hired additional program officers, a grants manager, and a communications manager, we quickly became a predominantly Gen Y team. In our field, this is an anomaly. In a 2015 Salary and Benefits Report, the Council on Foundations found that only 11 percent of the staff at responding foundations were less than 30 years old. Currently at ECMCF, this is about 30 percent of our staff – and when including "older" Millennials, or those between the ages of 30-36, we jump to 70 percent.

Being conscientious of age isn't just an internal matter – it's a generational perspective that has and will continue to impact the structure of philanthropy and the relationships between foundations and the organizations that they fund.

In a recent podcast discussing their book Generation Impact, Sharna Goldseker and Michael Moody observe that Millennials "want to make change by being socially responsible investors as well." In other words, we're not just going to allocate funds to save the whales, we're actually going to go spend an afternoon cleaning up the beach or giving a tour at the local aquarium. For a generation that grew up with volunteer commitments in high school and pushes for community involvement through college, Millennials are one of the most socially-invested generations. We want to be engaged volunteers who understand the work we're supporting at the most basic level.

For Millennials, philanthropy is seen increasingly as a vehicle to enact change in specific sectors rather than broadly giving for greater good. It's a lot for a generation with high optimism and big plans to make a socially responsible impact. And, as the oldest members of the rising Gen Z celebrate their eighteenth birthdays this year, Millennials are among the youngest in the workforce.

Between the stereotypes of being "snowflakes," digitally self-absorbed and entitled, it leaves early-career professionals wondering, "How do I get taken seriously?" For starters, being on the younger end of the spectrum adds another layer of complexity when relationship-building with nonprofit partners and potential grant candidates, especially when the partner organization is represented by a senior professional. No matter how much we want to dispel them or even flat-out ignore them, philanthropy is rife with power dynamics – the donor being on the advantaged end. Being mindful of these implications doesn't mean that Millennial staff don't already have experience to offer. However, it's the willingness to learn that fosters partnerships across generations.

One of the best takeaways I've had from these interactions is to maintain a sense of curiosity. There's an expectation that a funder is supposed to have all answers. It's okay not to. Remaining genuinely curious about a potential or current grantee demonstrates a willingness to learn. For many seasoned nonprofit professionals, this is a point of validation, allowing them to share the exact needs of their organization and how the funder can help. This type of communication is directly tied to breaking down the power dynamic barriers that exist between funders and grantees.

Goldseker and Moody also found that most Millennials learned about best giving practices "through experience." While the previously stated options of engagement are still available, such as volunteer work, grantee site visits, and self-educating, one opportunity that tends to get ruled out because of a perceived age barrier is joining the board of a nonprofit.

With their early inclinations to give back, Millennials in philanthropy are uniquely situated to be ideal board members for nonprofit organizations. For the nonprofit, a young board member in their 20s or 30s could mean a loyal donor or advocate for decades ahead. But how to get up to board leadership? Very simple and something many Millennials are already doing – volunteering. My own relationship with the Los Angeles-based nonprofit School on Wheels, Inc., which provides academic support services to K-12 students experiencing homelessness, has developed along this trajectory. In the ten years that I've interacted with them – from service recipient to volunteer to board member – I've gotten to know School on Wheels in a new dynamic within each role.

Similarly, my colleague, Maggie Snyder, has earned her seat among board leadership with the Tennessee College Access and Success Network (TCASN). Initially working as a graduate assistant for TCASN while earning her Master's degree at Vanderbilt, Snyder observed, "I was able to really understand what was happening in Nashville and the state of Tennessee in terms of education broadly, and postsecondary education more specifically. I was in meetings with state organizations and non-profits that I would not have met otherwise." Even after moving across the country to Los Angeles, Snyder maintained ties with TCASN. Now a new board member, she has high hopes for the learning opportunities in her role. "I think my board membership will . . . expose me to the inner workings of a nonprofit and provide some context to the work I do as a program officer [at ECMC Foundation]," Snyder says.

With a willingness to learn, Millennials become one of the most adaptive and communicative partners any organization could ask for.

Let's hope he tweets about it later.