Assisting Immigrants Transition into the Workforce 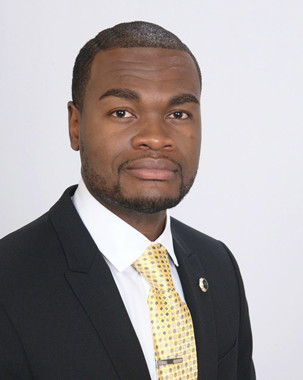 Last year, after the end of a conference in New York City, I caught a cab from my hotel to the airport. During the drive, the cab driver and I struck up a conversation, and he asked me what brought me to the “Big Apple.” I told him I am a postsecondary career and technical education (CTE) educator, and we began talking about his experiences as a cab driver. He shared that he had been driving for nearly three years but has been searching for more “professional” employment.

He and his wife have only been in the United States for four years. They did not expect the transition to be so difficult for them -- they brought numerous degrees and countless years of professional experience from their home country. I asked what their professions were before coming to the United States, and his answer was quite surprising. A dentist turned cab driver, his wife, a former attorney. Unfortunately, this is common for many immigrants because the process of becoming certified or “re-certified” in the United States can be long and complex.

Today, CTE in the United States is currently in a period of transition. While the initial purpose of CTE was to train individuals for entry-level jobs in occupations that require less than a baccalaureate degree, over the last 20 years, the mission of CTE programs has drastically shifted.

Recent changes to legislation, most notably the Perkins Act, has made CTE programs more accessible to a wider range of demographics. Upon entering the United States, many immigrants have had to take on menial and contingent survival jobs that entail a loss of status and that do not engage their skills or qualifications. For instance, a doctor may end up working as an orderly in a hospital, or an engineer may end up in the production line at a factory because their prior experience and certifications do not equally transfer.

This process of de-skilling is one of a confluence of stressors certain groups of immigrants may face, given that they are also often in the process of adapting to a new language and culture. In addition, this process is financially costly. All of these factors can lead to unemployment, underemployment, anxiety, low self-esteem, and a struggle to acculturate.

Several community colleges have taken steps to better assist students with prior work experience earn their degrees or certifications at an accelerated pace.

It has been shown that these programs have substantially helped workers, especially immigrants, gain work skills, certificates, and licenses, and the education gained from CTE programs have allowed immigrants to secure better jobs to fulfill their career potential. To better understand how to serve immigrant students, my research during this fellowship is exploring immigrants perceptions of CTE program. By maximizing the contributions of immigrants, we can help meet employers’ needs and strengthen our economy.

About the ECMC Foundation Fellow

Dr. Paul-Arthur Pierre-Louis is an ECMC Foundation Fellow of the CTE Postsecondary Research Program at NC State – Sponsored by the ECMC Foundation. The program is part of ECMC Foundation’s CTE Leadership Collaborative Initiative