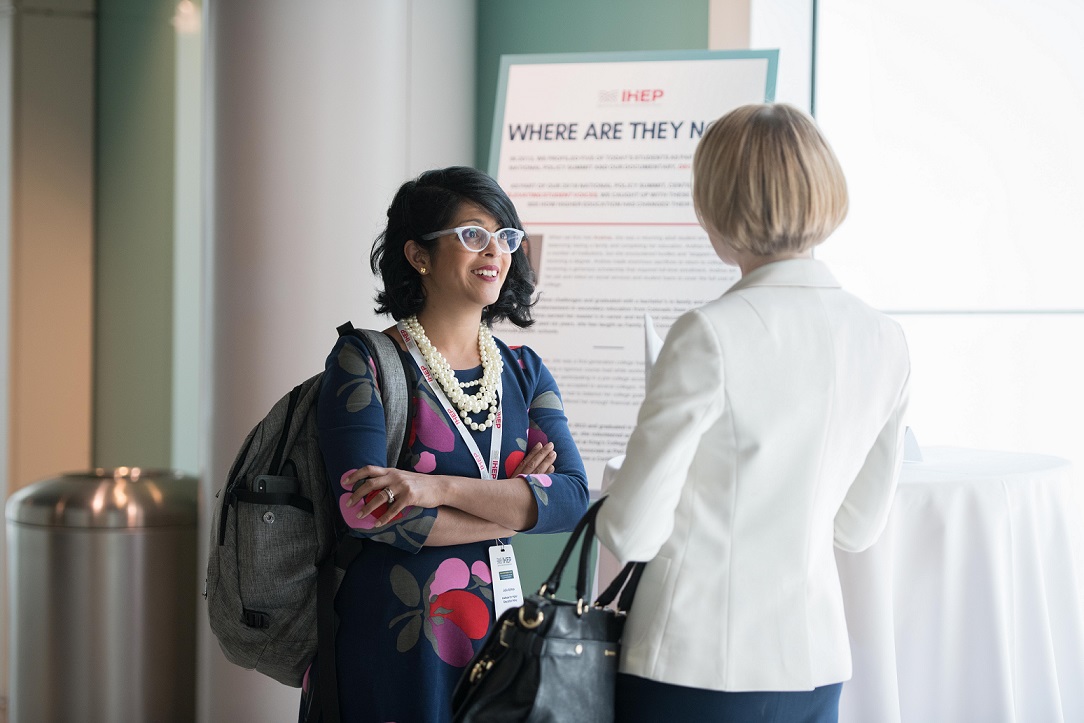 In high school, Julie Ajinkya’s curious mind and competitive spirit helped her excel on the debate team in her home town of Randolph, New Jersey. What she didn’t know, at the time, was that those same skills would also propel her into a successful research career, where she would help influence public policy on postsecondary education.

Julie’s passion for research was further fueled at Amherst College, where she learned to ask strategic questions, gather information and use it to think critically about the world.

While in college, Julie was often tempted to leave. “I felt isolated in college,” said Julie. “I didn’t come from the immense wealth that I saw in so many of my classmates’ backgrounds. It made me feel like college was never meant to educate someone who looked like me—a brown daughter of immigrants from India who had a public school education and worked various jobs to pay for my books and expenses.”

“Over time, with the help of professors who encouraged me along the way, I have realized that students like me are [the] ‘new normal’ and we have to reconstitute what these institutions look like and redefine who they are meant to serve,” she added.

After earning her B.A. in Political Science from Amherst, Julie worked at a think tank focused on political issues around national security and equity. Later, she went back to school to earn her M.A. and Ph.D. in government/political science from Cornell University, before joining the Center for American Progress, where she focused primarily on underserved populations and the impact that demographic change has on a diverse set of policy issues. A few years later, she landed at the Institute for Higher Education Policy (IHEP) where she currently serves as Vice President of Applied Research.

Today, Julie is using her experience in a research initiative aimed at helping nearly 35 million Americans age 25 and older who started college but never finished—a scenario that leaves many with student debt, but no credentials in a competitive job market.

In 2015, Julie and other IHEP leaders created an initiative called Degrees When Due (DWD)—the marriage of two successful but separate initiatives: Win-Win and Credit When It’s Due (CWID). Each IHEP program focused on increasing college degree attainment among the nation’s 3.9 million “near completers”—students who have completed at least two years of college coursework, but never received a degree.

The programs worked. Together, Win-Win and CWID produced more than 20,000 new associate degrees. A significant portion of these students are adult learners, age 25 and older.

By combining these two individual tactical approaches into one strategic degree reclamation effort, IHEP wants to scale the effort nationally and apply robust research to help shrink the significant “some college, no degree” population and tackle barriers to completion for adult learners seeking upward mobility. 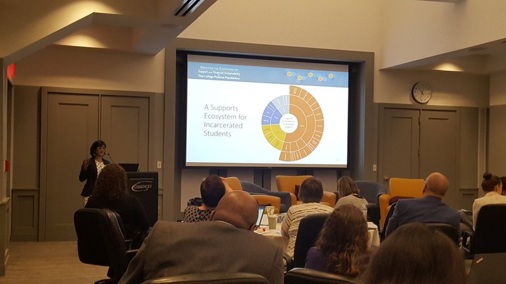 “I feel very strongly about this effort because I was a student who felt like I didn’t belong in the college I attended—I considered stopping out a lot,” said Julie. “If I hadn’t received the right support, or if I had been juggling many of the other responsibilities that we know returning adults have, I very likely could have paused my studies and not had this entire career that college has opened up for me.”

With funding from ECMC Foundation, IHEP is advancing several lines of research to inform ongoing refinement of its degree reclamation and completion efforts. The research will also help IHEP evaluate DWD’s impact on closing equity gaps between student populations.

“It’s a very exciting initiative and we’re seeing direct student impact,” said Julie. “Having a degree makes a significant difference in people’s lives in many ways. I want to see students who have done all this hard work actually get the degrees they earned.”