Skip to Content OPINION: Four Ways to Break the Cycle of Food and Housing Insecurity on Campus | ECMC Foundation

OPINION: Four Ways to Break the Cycle of Food and Housing Insecurity on Campus

By Angela Sanchez, originally featured in The Hechinger Report 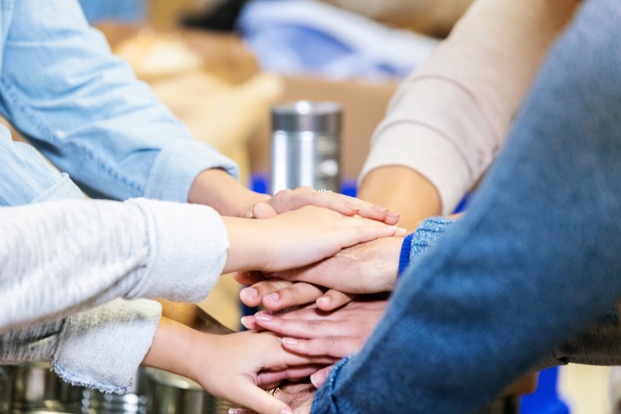 For my last two years of high school, I was homeless. My father gave me the option of sharing our circumstances with teachers, counselors and administrators. I chose to stay silent.

Even at 16, I knew that when people hear the word “homeless,” most do not think of youth or families. However, in Los Angeles County alone, approximately 63,000 minors are homeless. And that number is actually a conservative estimate because families often underreport for reasons that include fear of separation and the stigma of being homeless.

They keep quiet, as did my dad and I.

A recent study from the University of Illinois at Urbana-Champaign has received much attention lately, as it showed a significant variance in reported data on students who experience food insecurity. The study called into question the survey methods of a variety of sources, including leading researchers from the Hope Center for College, Community, and Justice at Temple University, founded and led by Sara Goldrick-Rab.

The Hope Center has studied the issue extensively, and its results have been deemed valid by the U.S. Government Accountability Office.

Methodology might not be the cause of the perceived problem of data discrepancies. Rather, researchers are likely stumbling over the tip of a much larger iceberg. Students may be underreporting on issues like hunger and homelessness due to the entrenched social stigma around poverty.

Accurate statistics can’t come from students who often stay quiet about their struggles or who have been socialized to use euphemisms (e.g. “couch-surfing”) in place of circumstances that society would rather gloss over as “starving student years.”

To promote a healthier campus culture around seeking support for basic needs, campuses should redesign their existing spaces to be more welcoming. A 2018 study at the University of Florida (UF) found only 38 percent of UF students who reported food insecurity used the campus food pantry. Barriers identified by students interviewed included “social stigma” and “self-identity.” Among the study’s recommendations was to “consider a new model of the traditional campus food pantry that reduces concerns of social stigma” to increase the use of pantry services.

Recently the University of California, Irvine (UCI) opened a Basic Needs Hub, which looks like a small-scale gourmet grocery store. Students at UCI are not only encouraged to take what they need, they are invited to socialize and participate in workshops, relieving self-consciousness and stress among students accessing the Hub. In its first year after opening, from September 2017 to August 2018, the Hub served over 14,000 of UCI’s students and continues to serve up to 750 students per week.

To remove the stigma around poverty, campuses need to be proactive. Institutions should provide training, so everyone from chief academic officers to faculty and student affairs personnel are capable of making themselves accessible to students. Goldrick-Rab recommends including a statement on basic needs in course syllabi to acknowledge the challenges that students may face in housing and food insecurity. Such statements should encourage students to notify faculty members or the dean of students if they feel comfortable doing so.

Postsecondary institutions are uniquely positioned to partner with federal and local governments to streamline income and nutritional assistance programs for their students. Some are already taking a lead.

Tacoma Community College in Washington works with the local housing authority to offer housing vouchers for students who are homeless or in danger of losing their homes. In California, students who qualify for the state’s Educational Opportunity Program are now automatically eligible for CalFresh, the state’s nutritional assistance program.

4. Seek opportunities to partner with philanthropies.

The bridge from research to practice isn’t always easy to navigate and often requires well-planned communication and additional funding. Campuses should look for opportunities to leverage capital and support from the philanthropic community to address basic needs. For example, in early May, ECMC Foundation issued a Request for Proposal for organizations and institutions seeking to address the basic needs of students.

Collectively, the four recommendations above can contribute to a campus culture that is both welcoming of and responsive to students’ basic needs.

By breaking down biases and mobilizing communities, campuses can foster trust in students struggling with hunger, homelessness and other gaps in basic needs. Accurate information about students’ basic needs comes from more than just survey responses — it starts with empathy in action.