When Passion and Curiosity Connect: Barbara Gault's Mission to Help Women Rise Out of Poverty through Education 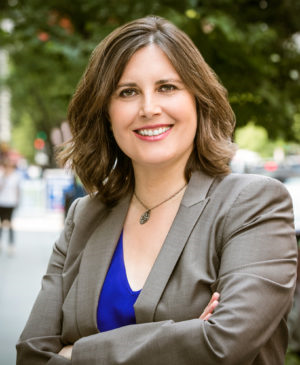 Barbara Gault, the Vice President and Executive Director of the Institute for Women’s Policy Research (IWPR), uses her passion and skillset to tackle tough research agendas, inspire national dialogue, and inform public policy to advance the status of women.

Peel back the layers of Barbara’s life and it’s easy to see why she’s uniquely qualified to help vulnerable and economically disadvantaged women.

From studying chimpanzees in Uganda to being an activist for human rights in Central America, Barbara’s experiences throughout college and graduate school taught her some valuable skills: how to gather information, study patterns and use that knowledge to make a significant, lasting change in today’s world.

Education and Exploration: Setting the Stage for Leadership
After growing up near Detroit, Michigan, Barbara began her postsecondary education at Macomb Community College in Warren, Michigan. Barbara transferred institutions twice, and found her footing at the University of Michigan where she studied psychology and had a particular interest in animal behavior.

As an undergraduate student she supported herself with various part-time jobs such as waiting tables and working in a laboratory. When the opportunity presented itself, she jumped at the chance to conduct primate field research in Puerto Rico.

Following graduation, Barbara spent a year working as a research psychologist at the National Institutes of Health in Washington, DC, and began working on human rights issues in Central America. Later, she was accepted to a doctoral program at the University of Pennsylvania where she studied free-ranging chimpanzees in Western Uganda.

This experience was a turning point in her career.

“My time in Uganda was eye-opening, in terms of the beauty of the country, the chance to work with people living in a vastly different culture, and the unusual gift of spending time with a community of chimpanzees, as well as the conservation warriors working to protect them,” she said. “However, seeing extreme poverty, and a lack of education and economic resources, I realized that I wanted to focus my career on human social issues and problems. When I returned to graduate school I decided to focus on promoting human rights and addressing public policy.”

A Focus on Women and Education
While Barbara was completing her Ph.D., a movement was underway to change the federal government’s social welfare policy. She became very concerned about the ramifications of these changes.

“It struck me that the people affected by the new policy—which included five-year lifetime benefit limits and reduced access to education—were nearly all women, but none of the news coverage mentioned the gendered angles of welfare reform,” she said. “I looked for an opportunity to conduct research on welfare and poverty from a gendered perspective and an opportunity came up at the Institute for Women’s Policy Research (IWPR).”

At IWPR, a leading think tank based in Washington, DC, Barbara met women welfare recipients who had formed an organization in California to protect and defend their right to pursue college while receiving public assistance.

It was clear to me and other policy researchers around the country that college was the most powerful and lasting route out of poverty and that our public assistance systems should encourage and promote college completion rather than discourage it,” she said. “Since that time, I’ve had the opportunity at IWPR to work on a broad range of issues, including access to quality and affordable child care and workforce development opportunities.” 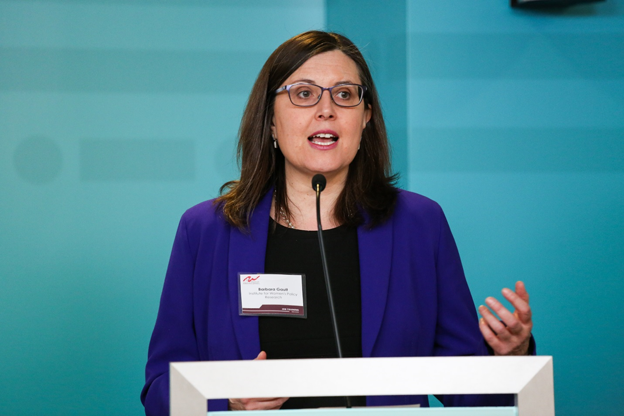 In 2010, with funding from the Bill and Melinda Gates Foundation, IWPR launched the Student Parent Success Initiative. This work focuses on learning and sharing information on the population of postsecondary education students with children, their specific circumstances and challenges, and the degree to which their needs for child care, peer support, coaching and child-friendly spaces on campuses are being met.

In 2016, ECMC Foundation provided grant funding to help IWPR further examine the costs and benefits of single mothers’ attainment of college degrees. The project culminated in a final report and a series of briefing papers which found that investment in postsecondary education for single mothers yields enormous returns including an increase in single mothers’ annual and lifetime earnings and decrease in reliance on public assistance.

Today, a 2018 grant from ECMC Foundation is funding IWPR to conduct a state-by-state analysis of the benefit of single mothers’ college attainment in all 50 states and the District of Columbia. Building on the methodology developed for the national study, this research will provide an estimate of the benefits and increased lifetime earnings of single mothers with associate’s or bachelor’s degrees in each state, as well as the benefits to states in the form of reduced poverty and increased tax revenue. This research will also offer recommendations for improving policy and practice for supporting single mother college students, and will, to the extent possible, include state-level opportunities for change.

On this research project, Barbara says she couldn’t be more excited about IWPR’s work and the potential for real and lasting change.

“I hope that in five to 10 years every college in America will be familiar with the steps they can take to increase college access and success for single mother students and that policy-makers in a number of states will have implemented new initiatives to encourage college success for single moms,” said Barbara. “Change can take time, but can be accelerated with information about the supports and interventions that make a difference.”