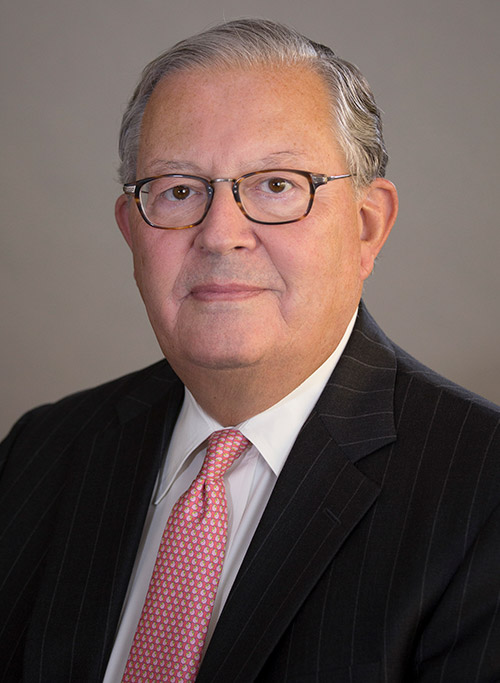 Chair of the ECMC Foundation Board

As an entrepreneur, lawyer, business executive and fiduciary, John DePodesta's career has spanned a variety of industries, including telecommunications, transportation, health care and education. He has developed particular expertise in the areas of business creation, restructuring, governance and legal representation. Mr. DePodesta currently serves as managing director of Dolomite Group, LLC, which provides advisory services to senior executives and public and private governing bodies.

Throughout his career, Mr. DePodesta has successfully created and grown several businesses. As co-founder and senior executive of Primus Telecommunications Group, a global facilities-based data/Internet and voice carrier that was ranked in the Fortune 1000, he was responsible for negotiating a series of acquisitions in North America, Western Europe and Australia, which resulted in the company's attainment of more than $1 billion in annual revenues in less than five years. He also led efforts to raise more than $1.5 billion in debt and equity capital in public and private markets. During his tenure at Genesis Health Ventures, Mr. DePodesta was a senior member of a management team that oversaw the growth of the company from $500 million to $2 billion in annual revenues over a three-year period. Genesis became one of the largest long-term care and pharmacy providers in the United States.

Mr. DePodesta served as general counsel-reorganization for the Trustees of the Penn Central Railroad, which was then the largest financial and operational restructuring in U.S. history. The successful restructuring required the harmonization of interests of creditors, rail labor, shippers, state and local governments as well as enabling federal legislation. The essential rail assets of Penn Central were transferred to Consolidated Rail Corporation and Mr. DePodesta served as general counsel at Conrail's inception. Conrail was, in effect, a "start-up" company with more than $3 billion in annual revenues. He was responsible for negotiating and implementing a $3.2 billion financing agreement to rehabilitate the railroad and was later involved in the process that led to the privatization of Conrail. This resulted in the sale of the federal government's 85 percent equity interest for $1.6 billion in what was then the largest initial public offering in U.S. history.

Mr. DePodesta has served on several boards and in governance roles in both the public and private sectors. As one of the original members of the Higher Education Assistance Foundation (HEAF) board of directors when it was established in 1990, he assisted with the implementation and supervision of the controlled liquidation of HEAF's $9 billion student loan portfolio. He later served as chairman of the HEAF Liquidation Trust during the wind-down process. When the Department created the charter establishing ECMC, Mr. DePodesta transitioned to serving on the board of ECMC, where his leadership has contributed to the development and growth of ECMC Group.

Mr. DePodesta is a graduate of Harvard College and holds a juris doctor from the University of Pennsylvania Law School.