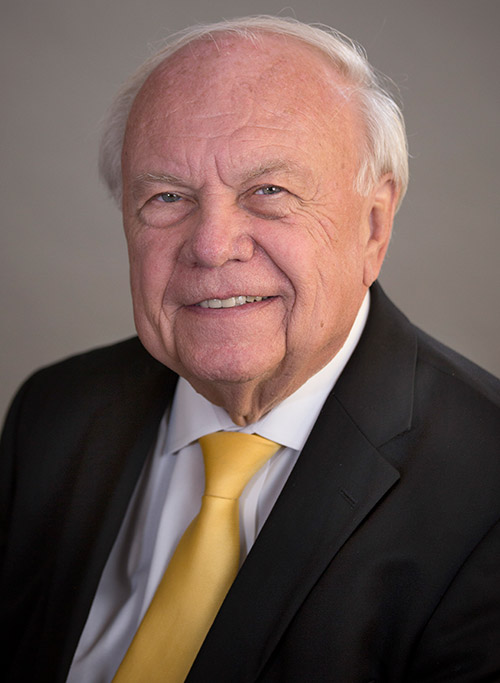 Professor Robert A. Stein is the Everett Fraser Professor of Law and Distinguished Global Professor at the University of Minnesota Law School, a position he has held since 2006.

Previously, from 1994-2006, Professor Stein was the executive director and chief operating officer of the American Bar Association (ABA). He was responsible for managing the world’s largest professional membership association, with more than 400,000 members, a 900-person staff, and annual budgets of more than $180 million at the ABA’s headquarters in Chicago and its office in Washington, D.C.

Professor Stein was a visiting professor at the University of Chicago Law School in 1975-1976 and UCLA Law School in 1969-1970. He was a visiting scholar at the American Bar Foundation from 1975-1977. He also served as the University of Minnesota’s representative to the NCAA, the Big Ten and the WCHA. He continued to be involved with the NCAA even after leaving the university in 1994, serving on the NCAA’s Division I Infraction Appeals Committee.

Professor Stein is a commissioner from Minnesota to the National Conference of Commissioners on Uniform State Laws and has served as the national president of the Uniform Law Commission. He is a member of the American Law Institute (ALI) and has served on the Council of the ALI. He is currently an emeritus member of the Council of the ALI. Professor Stein has served as an advisor to several of the institute’s Restatements.

Professor Stein currently teaches courses on the U.S. Supreme Court and the Rule of Law. He is a nationally recognized authority in the areas of estate planning, trusts and probate law. He is an academic fellow of the American College of Trust and Estate Counsel and an academician in the International Academy of Estate and Trust Law. He is also a fellow in the American College of Tax Law.

Professor Stein holds leadership positions in numerous organizations. He served as co-chair of the Rule of Law Action Group of the London-based International Bar Association. He formerly served as chair of the Public and Professional Interest Division of the International Bar Association. He is a past president of the University of Minnesota Alumni Association, and he was a charter member of the Minnesota Law Review Advisory Board, serving from 2005-2006.

He currently serves on the boards of directors of several organizations, including American Friends of Uppsala (Sweden) University and Managing Board of Directors of the CEELI Institute in Prague, Czech Republic. In 2013, after 20 years, Professor Stein stepped down as the ECMC Group chairman of the Board but remains active serving as emeritus director.

Professor Stein holds both a bachelor of science in law degree and a juris doctor degree from the University of Minnesota. He also holds an honorary doctor of laws degree from Uppsala University in Sweden.